Here are my notes from the Thurston County Young Democrats local candidates’ forum. I missed some stuff, but I wrote down what I thought was pretty interesting.

I also heard tonight that the TC-Pro Net/SPEECH forum was being cancelled.

It was about 8:28 before I noticed that Sam Hunt was sitting behind me.

Brendan Williams moderates “Democracy is alive and well in , and especially in

General question – what are young people interested in from your POV and how would you get young folks involved?

Not having thought about this for several years

Young people end up leaving the community, I didn’t come to any conclusions, we need a group of younger people to come up and replace us because we’re kind of busy

John Darby – while Lacey is a good community

Dick Yates – I used to see Salmon come up behind St. Martins, and I would like to see that happen again. I think it’s a great community, but I think it can be better

Karen Messmer – volunteer, advisory board, community groups, people need to find their passion about what they want to do for the community.

Jeff Kingsbury – almost primarily because I work with young people, which make sure

I want to make sure we are conscious about leaving a legacy, that our environment is protected, a community where everyone feels welcome.

I want a community where young people want to invest in the future. This is a community for everyone who lives here

Doug Mah – environmental issues, good programs so the kids bring that home to the parents. His daughter is apparently involved in the South Sound GREEN program, an educational.

She flubbed the JFK line but was helped out “ask not what can do for you, but what you can do for .”

A new spirit in that way

I see myself as a protector, not accepting any more than $100, because she sees young people saying that if they don’t have money, then you can’t get involved in the political process.

Andy Kapowitz – Joe is the youngest person on the city council, 32. Sustainability is the hallmark of Joe’s campaign.

Through leadership opportunities, through volunteer activities in private

Steve Klein for Yelm Mayor, the youngest manager of a fortune 50 company.

The young people of Yelm are looking for something to do, Drew Harvey theater, when are you going to give us a place to share our talents, we have no facility out there

Do we need a public swimming pool? Green, except Darby

Create projects that would compete with business, such as conference center? Only Hyer, Mah yes

JK no on the vote question

Should schools allow partisan political speech? All green but Yates and

Did you attend public school, all but Darby

Increase tuition for wealthy students, so poorer students would have more scholarships? People gave up on that one

Have you used pubic transit recently?

Has there been gas price gouging? All green

Do we need public parking garages? All green but Booth

Should schools offer medically accurate sex ed? All green but Darby Yates, and

Did you support gay civil rights bill? Green but for Darby Yates, and Perez

Do you support the smoking ban initiative? Mostly green.

Describe yourself in three words

Kingsbury – we have in our recent past a particular night club contributing to a real black time in our history. I think that we need to be a little more aggressive in saying that is inappropriate. There is a significant problem with that club and that club alone.

Messmer – I don’t disagree with Jeff, possibly emphasis patrols from police. From downtown residents there are noise issues.

Mah – I think we can do more, do more working with our state partners, working with the Department of corrections and the liquor control board. Work with the ODA, developing a business improvement district

Hyer – By making downtown a place where everyone wants to be. Giving support to law enforcement, this isn’t solely the city’s responsibility (depend on state), and giving incentives to developing a broader business base.

Booth – If we use our tax money responsible we won’t have to cut cops, library time and community. As far as the Bar Code, we need to hold those businesses accountable.

Darby – we look at is as a regional problem. Lacey will house the cold weather shelter. (comment from the crowd, 9 homeless camps, 124 homeless people). Sat down quickly after that.

Mah – We provided a lone to CCS and Bread and Roses for a shelter. Behavioral Health resources for chronically mentally ill housing in Tumwater. Continue to build partnerships. No break in

Hyer – The central role for government to provide a safety net. Joe has served as a board member for the Cold and Hungry solution, but it isn’t going to be a totally public solution. Such as providing affordable housing.

Booth – I haven’t been too impressed by the city council. Bread and Roses came to the council for a grant to continue their lease and the city declined. She reminded the failed car camping ordinances.

How to get young people involved in the political process?

Steve Klein – There is a program for high school students to audit the city council meetings.

Booth – I’m already drawing out youth, my son has already campaigned for her at Oly HS. There are boy scout troops coming into the city council and watching how it happens.

Hyer’s man – Educating youth of what the civic process is about. Attend meetings, we don’t have enough young people involved. You don’t have to have a vote to make a difference.

Mah – Get kids involved in city sponsored activities. Adding a student position to the advisory committees. Speaking to classes.

Pottle – One in four jobs is related to port jobs. of has put together a program educating students about the value of ports, which he would like to modify for . Putting students on advisory committees.

Messmer – As member of planning commission, she helped develop the land-use game, which has brought land-use decisions into the classrooms.

Kingsbury – its not enough to encourage you, but you need to help bring young people involved in politics. He did a really good job making this point.

Darby – All the boards and commissions in Lacey have a voting student member. Apologized for screwing up the homeless question. Wants to waive fees for habitat for humanity homes so they can be $10,000 cheaper.

In Lace why do and Woodland Creek run dry?

Dick Yates – When I was a kid we used to have salmon running up behind St. Martins College. We need to have growth in there, but not necessarily

Darby – He doesn’t know. Might have something to do with an old ditch district problem. But, the city is looking into it.

In Yelm how do you balance population growth and resources?

Klein – The city needs to look at growth harder than they have been. There is also a looming water problem.

For Port commission ( left early) How can Ports serve their commerce roles while minimizing impacts on local communities?

Pottle – rail instead of roads.

Teleford – Port is addressing the traffic issues in downtown .

Perez – Any time you make a decision, you need to be aware of the environmental impacts, that you have a legacy to leave. You have to live with it for… the rest of your life that the lead agency not be the port.

Darby – I have a family with two kids, and I’m voting with my family budget and he is voting no.

Kingsbury – I don’t have a choice, I do support the gas tax, I think it’s critical for us to be prepared. I do not support the repeal.

Messmer – Doesn’t support the repeal. Its not just the gas that is costing us, the environmental impact. She does with that more of the tax was dedicated to alternatives.

Pottle – Does not support I-912, and the fact that we don’t have more roads or mass transit right now is from a lack of forethought.

Mah – Does not support repeal, it would hurt local projects.

Hyer’s man – Repealing a gas tax is not the right choice. There isn’t enough being done for alternatives.

Booth – She has mixed feelings. Why are we coming up with taxes when we still don’t plan well? Different modes of transportation, but we need to be realistic about it.

Steve Klein – doesn’t support repeal. Its time to change our thoughts about fuel.

– It was very wise the way the tax was put forward. So, I’m not really sure how he’s voting.

Perez – the infrastructure has to be paid for.

If you had a superpower what would it be?

Perez – The live 250 year or more, so he could see the growth, so he see the changes.

– leaping tall buildings in a single bound. Super memory, the first was a joke.

Klein – To be able see the future.

Hyer’s man – To be able to see the future.

Mah – Manipulate the past, so he could make up for past mistakes.

Pottle – To be able to have a super power to make a super education system.

Messmer – To save the world and save the environment, end

Kingsbury – Wishes he could be invisible, whimsically. Would like split second travel, hates being in cars. Power of compassion, power to lead.

Darby – Batman! If you look at Batman, he didn’t have superpowers, he had what he had and he still changed the world. 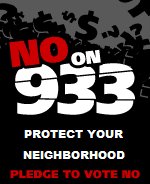 The failed cancel the caucus resolution

WHEREAS, the attempt to encourage non-presidential year’s caucuses by moving the meeting time from Tuesday night to Saturday daytime was not sufficient in 2006 to increase attendance, and,

WHEREAS, the Thurston County Democrats spent time and money to promote the 2006 Precinct Caucus, only to experience a low turnout.

-A minimum of 40 hours of volunteer-time from each TCD Executive Committee member,

-Thousands of individual postcards by PCOs (at their own expense) to the Democrats in their precinct.

WHEREAS, the informal Topic Sessions held by the Thurston County Democrats prior to the Caucuses had significant attendance, and, at lower costs.

BE IT RESOLVED, that the Thurston County Democratic Convention request the State Democratic Party cancel any plans for a 2010 non-presidential year Precinct Caucuses, allowing County Committee to plan other local events during March.

BE IT FURTHER RESOLVED, that the State Democratic Party may use other means to determine non-presidential year platforms or policies (through State Committee people, PCOs, Active Democrats, or such.)

BE IT FURTHER RESOLVED, that the Thurston County Democrats forward this resolution to the Resolutions Committee for the June 2006 State Democrats Convention.

BE IT FURTHER RESOLVED that the Thurston County Democrats requests that the TCD Executive Committee send a copy of this resolution to other for their consideration.