Last minute thoughts about Hornets game (its a rivalry now) 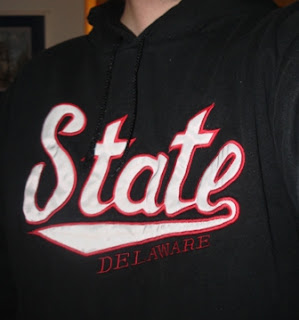 Shante Hastings, president of the University of Delaware Alumni Association, asked The News Journal for a written list of questions before commenting.

In an e-mailed reply, Hastings, a 2000 graduate who lives in Millsboro, said she is "really not sure" why it has taken so long for a UD-DSU football game to take place. However, she said, she doesn't believe race was a factor.

"It seems to be unfounded considering that UD and DSU play each other in other varsity sports," Hastings said.

The two schools did not compete against each other until 1991.

The only time I've ever experienced someone who wanted questions before hand (in my time as a reporter) was when they thought they might be quoted out of context, or they thought they'd say something stupid. I've only ever offered something like that when I thought that was the only way to get the interview, or I was trying to be nice.

3. Last thought. UD has never had to play DSU before, they've always gotten out of it. That itself is understood.

If they had played Delaware State before, it would have been in a rivalry game. They don't play in the same leagues, so any game they would have played would have been of the Apple Cup, Big Game variety.

But, without a historic rivalry game, the Blue Hens never had a rival. After today, that won't be true. Win or lose today, the Hornets will be the Blue Hens rivals. Hornet fans and alumni will openly root against the Blue Hens.

The demands for a rematch won't be hollow, the Hornets will know what its like to play on the same field as the Blue Hens. The only difference winning makes now is whether the Hens will want the rematch.

For years, the Hens could consider themselves the only game in town. Blue Hens Country will share space with the Hornets for now on.
Posted by Emmett at 11/23/2007 08:17:00 AM