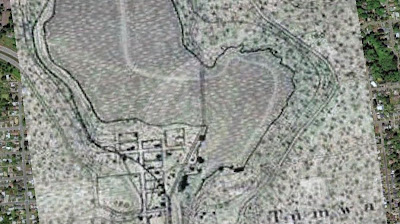 The main difference to me is obviously Interstate 5's impact, cutting directly through the landscape. Other than that, its striking how much fill has been added. The center of the old waterway is now fill, for instance.
Posted by Emmett at 1/21/2011 01:38:00 PM