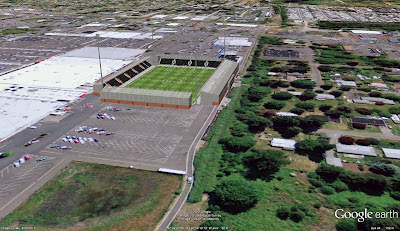 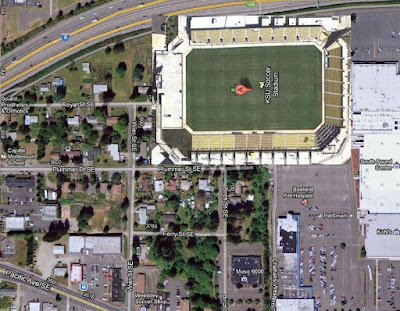 Uh, that would destroy the Western-Chahalis bike/pedestrian bridge over I-5, which I use to get to and from work. Just sayin'.

In my fantasy world where I'd build a much used 8k soccer stadium, I'd find a way to preserve the bike trail. Under, through or over, it would get through. Promise.

That is an interesting spot, but I think in that general part of town, the now vacant KMart lot might provide the best location. It would be a tight fit though.

I think the best shot that we have at a spectator based baseball or soccer stadium would be at the second phase of the RAC that could be built or a privately financed complex in the "Lacey Town Center" area in Hawks Prairie.