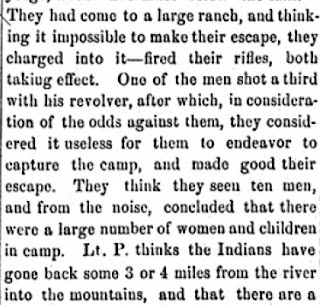 First, Emerson did not find the oral reports. I did. Secondly, there were two trips down to the Mashel that year.

For more, go to http://earlyeatonvillewa.blogspot.com/p/mashel-massacre-of-1856-where-mashel.html

If you want to learn more about the second scout and the Mashel Masscare, check out my book Where the Mashel Meets the Nisqually. A lot of Emerson's info came from me.
Abbi Wonacott