Bordeaux, WA should be a park (Just another Thurston County ghost town) 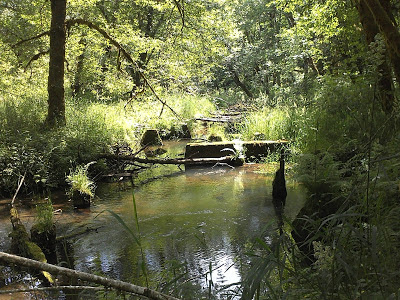 Recently, I finally took the trek out beyond Mima Mounds to find where Bordeaux, Washington used to be.

Just a quick and important note before I go on. It seems that at least some of the old town site is on private property. I didn't realize this when I was out there, most of the land is inside Capital Forest. But, on closer inspection, there are a couple of parcels that are privately owned. So, to get to some of the old town site, you should probably ask permission first.

Other than there still being parts of it around, Bordeaux seems like a pretty typical old timber town that lost its reason to exist.

Dark Roast Blend, Washington Ghost Towns, Webducks's flickr set and this discussion at MyFamily each give a lot of details and imagery of what you can find out there today.

Mark Gibbs and Edward Echtle also went out back in 1988 and shot this footage:

Being out there and seeing what I saw and seeing the general setting and seeing what other saw, brings up one major question for me. Why isn't Bordeaux, WA a park? Or at least, why isn't there a maintained set of trails to the old ruins that would make it easier to appreciate the old town? I had to turn back fairly quickly because the undergrowth this time of year had taken over the small trails I was able to find.

Now that I think about it, I probably picked the worst time of year to trek through the woods to find some old buildings, the stinging nettles and other vegetation would too high for us to make it very far. I'm probably going to take another shot at it when it's colder.

Other than pointing out all the good resources there are out on Bordeaux, here's my main contribution. This is an aerial photo from 1941 when Bordeaux was in its twilight, overlaid with a modern map. 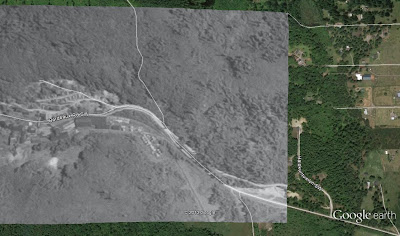 I couldn't help myself, I made a bird's eye view looking up the Mima Creek valley too. 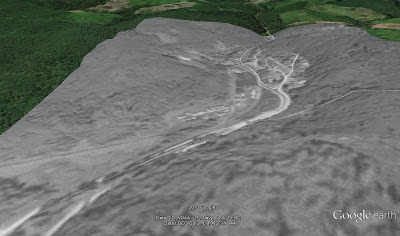 When I was in first grade, back in the 50s, we lived on Eld Inlet next door to the people that owned Bordeax at the time. One weekend my dad took my brother and me to Bordeaux. We had the permission of the owners as well as the keys to all the locked buildings and gates. At that time most of the old mill buildings were still intact and one contained several old logging locamotives. I remember marvelling at the huge saws and other mill equipment. It is a pity that mnone of the old logging towns like Bordeaux have been maintained for historical purposes. They were a big part of the history of southwest Washington.

Where did you get the aerial picture from?

The aerial is from the USGS Earth Explorer: earthexplorer.usgs.gov

Hi, I was in this area, but there are no gps location of where the exact site is? Can you put a dot where the ruins are located.