Religion seems to potentially be a deep and rich topic for defining how Cascadia exists. Like many other regions (Methodists in the Midlands and Baptists in Dixie) religion seems to have a defining pull on Cascadia.

But, in a unique way, different (seemingly) than another other region.

But, for now, just a couple of maps to get us going.

Cascadia has the highest level of regional diversity of religion:

Meaning, the marketplace for religion is stronger in Cascadia than any other region. There's more competition here than anywhere else.

Also, like upper New England and the upper Ohio Valley, Cascadia has the lowest rate of adherents of any region. 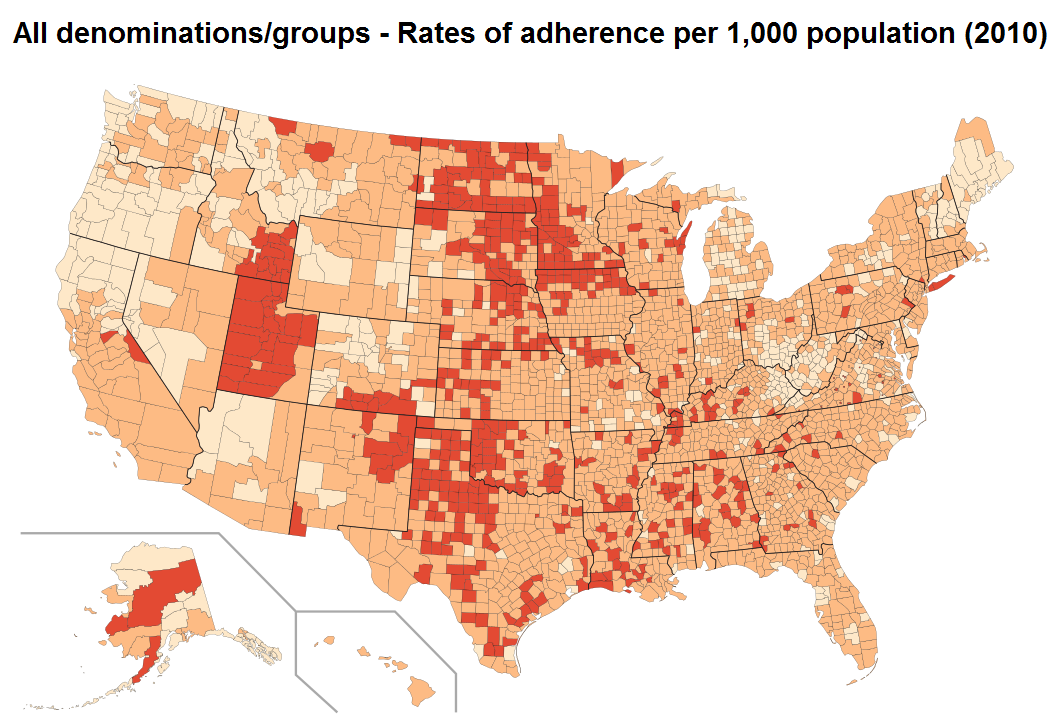 This is the so-called None Zone.

So, as an opening. Cascadian religious culture is diverse, and in large part, unattached to any particular sect.