Bright lights, bad advice and things about the muck (Olyblogosphere for December 30, 2013)

1. Dig through the muck, find the history (from ArchaeOlygy):


Rip into it with heavy machinery, as happened when Mission Creek was restored this Fall, and the stratigraphy makes the depositional history that much clearer. The modern beach has been accumulating atop the slumping clay fill of the road that dammed the creek a couple or three generations ago. The yellow clay beneath the asphalt calved off and melted away over the years after the road was built, spreading itself thinner down the beach, taken by the very tides and waves that bring the gift of gravel, sand, and shell from the north (including quit a few Olympia Oyster shells, which  probably died decades ago in polluted Budd Inlet).

3. Holy cats. Ask on r/olympia what you should know before moving to Olympia? Brace yourself.

You will have a tough time making friends because it's a college town with a transient population. Locals figure you're going to split in a year or two so they don't bother trying to get to know you. #1 rule: stay out of the drug culture. Heroin is huge here. It is everywhere. You may out of loneliness and desperation for interaction be drawn in. Every year some Greener freshman turns on and falls in and the army of undead living in the woods grows. On every corner holding a piece of cardboard is some asshole that I can say "Damn, I remember when she was new and cute." It's really sad.


4. Marcus and family heads over to the Lights at Ken Lake. Hey, by the way, thank the sponsors this year (Eastside Big Tom and A+ Services). Another awesome Olympia light display is Olympialightstravaganza! 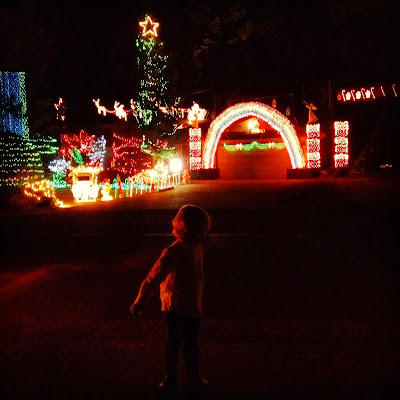