No one lives there: 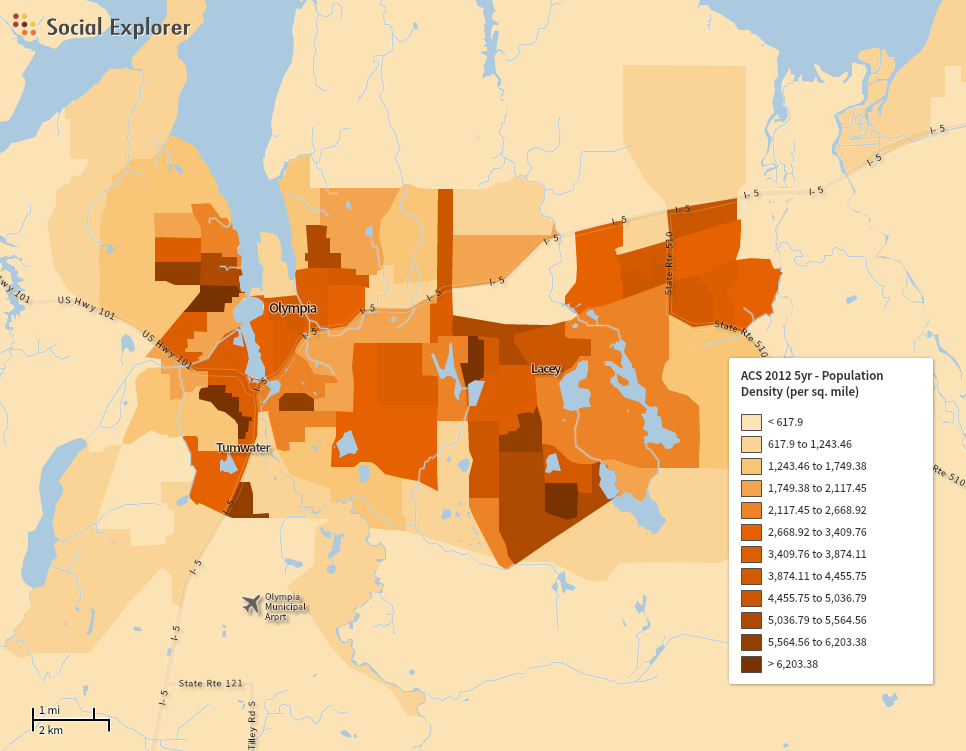 Seriously, downtown Olympia is in the same category as my neighborhood, and I live in an unbuilt wasteland where people wish there were taller buildings.

WastBut, of course, when someone talks about building a seven story building in our empty-of-people downtown, people speak up, because this is some sort of horrible thing. Like we should be protecting parking lots from the evil expansion of multistory housing.

I can't speak to his stats, but David Scherer Water, makes a striking point about how downtown has changed as Olympia has expanded:


Less than four percent of Olympia’s population lives downtown. This is the lowest this ratio has been in the City’s history. A hundred years ago more than half the population of Olympia lived downtown. Fifty years ago it was about ten percent. Today 96% of our population comes downtown to visit, to shop, to party and they leave. I believe this is the source of most if not all of the complaints commonly made about downtown. We need more people to live downtown.