All the Arts Walk and Process you can take (olyblogosphere for May 5, 2014)

1. Recycled Art at Arts Walk? You want to know more? Ruby Reusable has the scoop! Big Surprise? Not really.

2. Despite the rain and short procession, everyone hit the procession. Its like a post-modern Olympia homecoming. Mojourner was kind enough to post up some shots here. 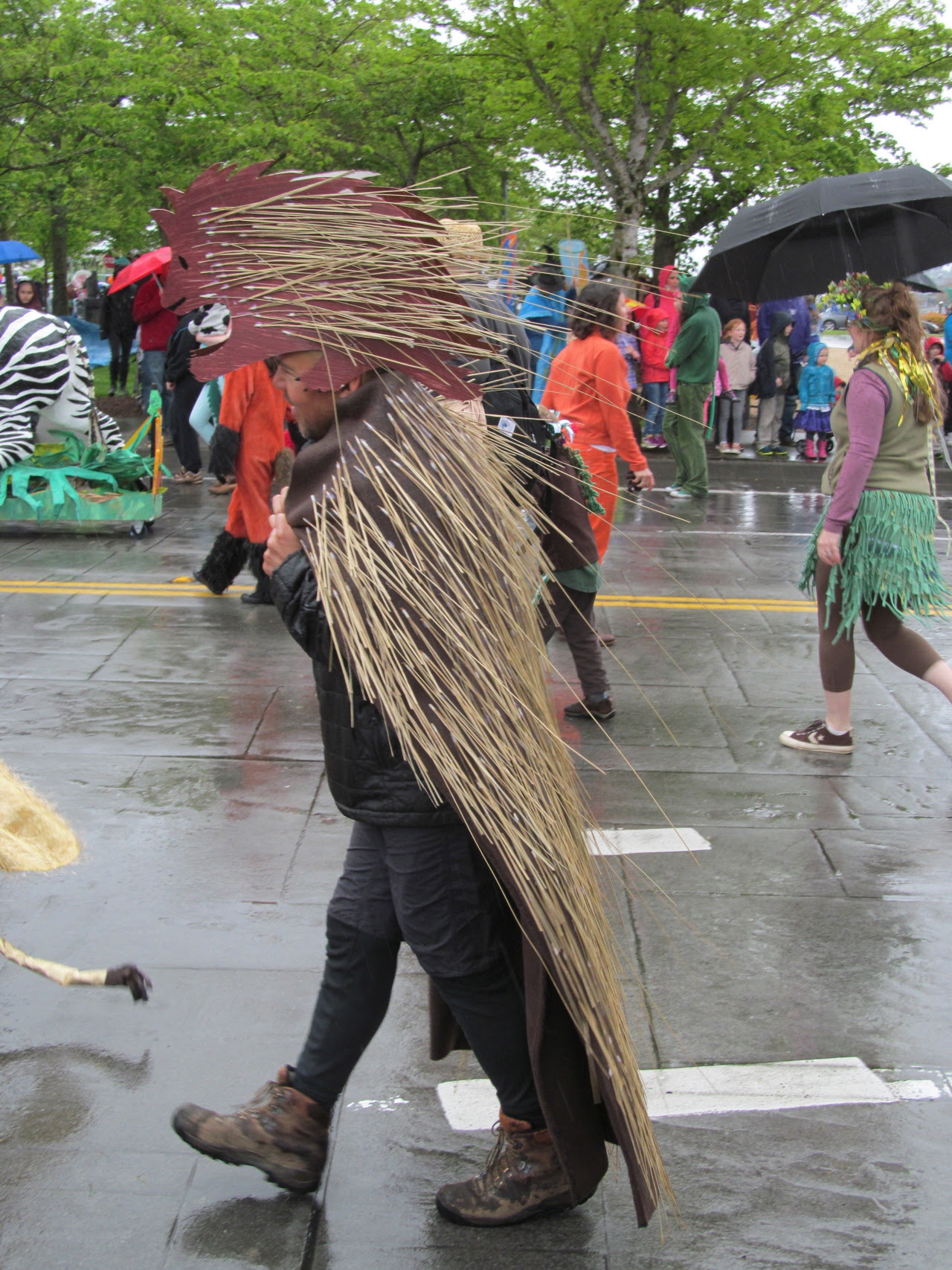 3. Over at Calavara, the man gives us an Arts Walk Post-Op.

4.  The Amicus Curia blog gives us some deep thoughts on the trouble that may be causing the short procession this year. Just not enough support from the city:

The Procession was considerably shorter than it has been previously. Whether this is due to there being fewer species than in years past or the failure of negotiations between Eli (the core organizer behind the Procession) and the City of Olympia administration is uncertain. Eli refused to place the City’s logo on any/all posters for the procession–insisting the event would remain non-commercial as always. The City’s administrators, in turn, withdrew the normal annual funding they’d previously contributed, drew a procedural distinction between the Procession and Art Walk, even though the former draws far more people downtown by an order of one or two magnitudes, and now mandates the organizers go through the City’s expensive cumbersome permit process, unlike what’s the consideration given Art Walk by the municipality. In short, the reduced funding and additional expense placed on the organizers has created a shortfall. The workshop space, utilities, supplies, and high permit fees now imposed by the City have set some high hurdles to be cleared. It’s not at all certain they can be.

Eli has given almost 20 years to the Procession. He feels it’s time for him to hang it up after two decades though he doesn’t appear to have groomed a successor.

Olympia may come to regret its passing. In fact, Eli is counting on just that to bridge the impasse. The benefits the business community and the municipality derive from the Procession are obvious despite the extra expense of police overtime and street cleanup.