What Southeast Olympia needs is fewer cars, not another park

But, what would have been built where people now want to expand a park would have included the most commercial development anywhere in Southeast Olympia. And, it wasn't much. It could have used a lot more. 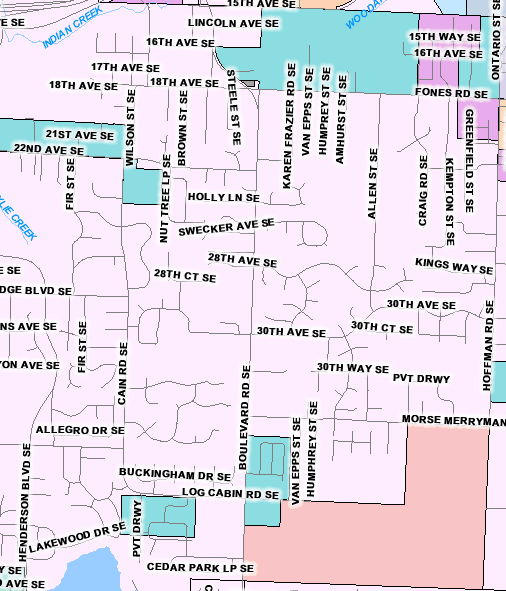 All that pink and blue is residential. There is only one small zoned parcel of commercial at 18th and Boulevard.

In turn, this makes Southeast Oly a very unwalkable part of town. 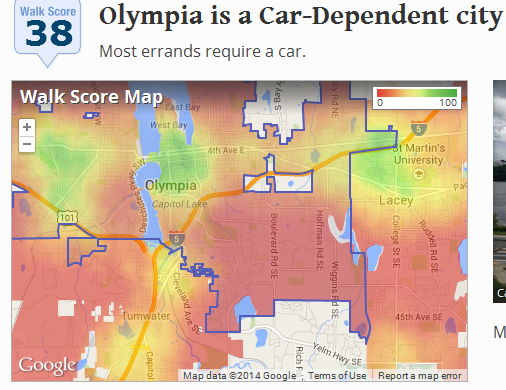 Meaning, if you live in Southeast Olympia, and you need anything more than to get to a school, go to a park or walk your dog, you need to get in your car and drive. This car dependency makes it that much more unfriendly to the few pedestrians who do make it out.

Keeping open space open and building more parks is an easy thing to get around. But, to really make a place livable is to accept that some development will happen. But to make sure that development gives us what we actually need as a community.
Posted by Emmett at 6/26/2014 06:03:00 AM