Look at how Smith Troy is smiling

Note: (April 20, 2015) I got a load of details wrong writing this post. I've corrected them in this updated post. But, I'll leave them here for you to read and enjoy. Just not facts though, just an Emmett story.

He literally snuck back into town to take the oath of office.

Or, he's just really super happy to be home after years at war. So, there should be some of that. But, I think there's a healthy dose of having gotten one over on room full of befuddled old men who would have like to replace him while he was gone.

From the AG's official history:


From 1943 to 1945, General Troy served in the Army in Europe as Lieutenant Colonel Troy and earned five battle stars. During this time, Troy's deputy served as acting Attorney General.

This apparently was quit the coup for Troy. If normal process had been followed, Troy would have resigned and the governor would have appointed a replacement. But, Troy was able to write an opinion that his deputy serve for him and run for office in 1944 while serving.

The other people in the room look kind of surprised to be at a swearing in ceremony: 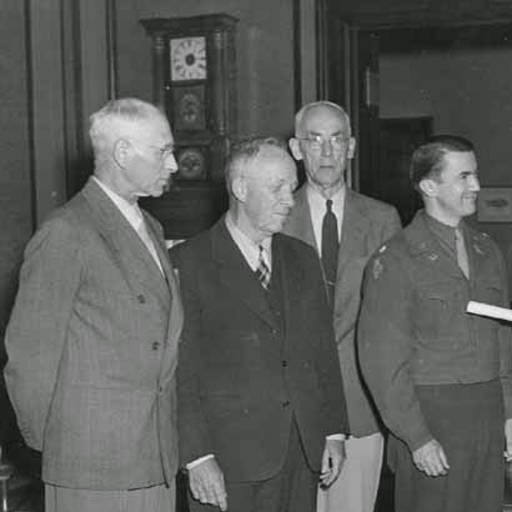 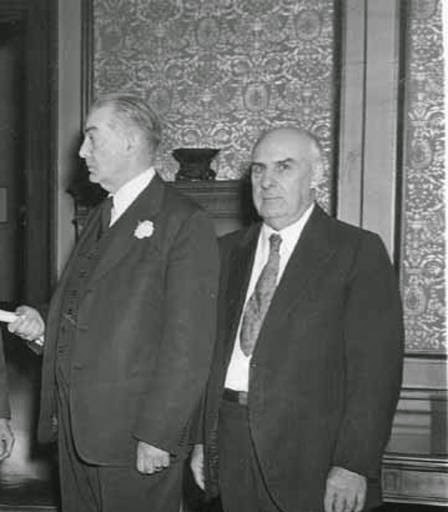 Seems like Troy was actually in town for a month or so before he was sworn in at the end of August. He didn't end up taking charge of the office again until the middle of September.

But, in the end, he was able to pull of nearly two years, AG in the war theatre, and settle back in to his seat of power, befuddled old guys on his shoulders.