You can only save KPLU by letting KPLU go (Dr. Lonnie L. Howard is your man)

When I read the PLU president's short blog post about why, despite public outcry, they're going to go ahead and sell KPLU to KUOW, all confusion and anger left me. True, this certainly means the loss of an entire newsroom covering my home region.

That itself is a shame. A massive shame. And, it would have been better for PLU to have given their listening public the chance to step up (like in Crosscut's Colorado example).

The best time to jumpstart a new public radio community non-profit to save the KPLU newsroom would have been months ago.

The second best time is today. And, we don't need President Krise.

We do need President Howard though.

President Lonnie L. Howard runs the Clover Park Technical College. And, after the University of Washington and Pacific Lutheran University, Clover Park owns (but does not actually run) the third NPR news signal that covers much of Puget Sound.

Sure, the KVTI signal is smaller compared to KPLU and KUOW. 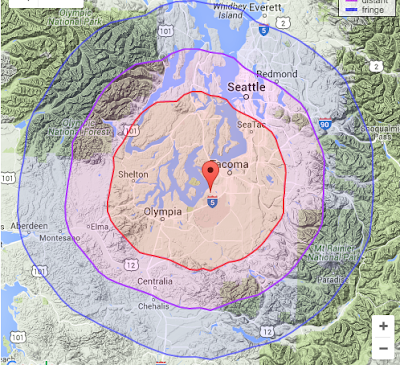 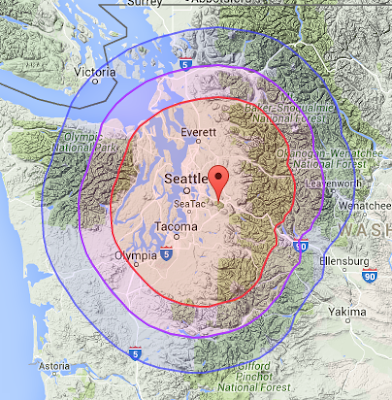 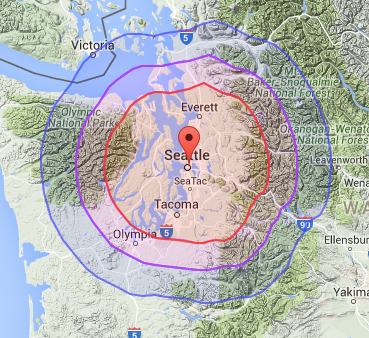 And, these maps don't even include the small army of repeater stations that KUOW and KPLU deploy to cover the rest of the state.

But, that being what it is, the biggest issue is rallying the forces that are trying to save KPLU (or at least their newsroom) to focus on a newish creation.

By focussing on KVTI, these folks would have a much softer target, because Clover Park is a public school. PLU can do what it wants as long as their board is united. If they don't want to be in the radio business, they don't have a larger public to account to.

But, if the public wants KVTI to be something different, to end their agreement with Washington State University (which currently provides programming to KVTI under and outsourcing agreement).

But, then again, President Krise at PLU is correct. The market for over the air public radio content is shrinking. While the public need for an independent newsroom is great, the financial support for one might not be.

So, there might be another, in between, route that isn't quite building a brand new public radio newsroom operation out of KVTI's broadcast signal. And, therefore, breaking the agreement with WSU.

What we're really talking about is the loss of locally produced, good and newsy (NPRish) audio content, whether is be over the airwaves or over the internet (streaming or podcasted).

Earlier this week, we saw the joining forces of KBTC and Crosscut. This is an example of a slow growing (but still growing by all accounts) web based news service and a traditional broadcaster.

It might be possible to string together a series of local web broadcasts and podcasts (similar to Panoply, Radiotopia or Maximum Fun) and partner with WSU to sideload them onto the air.

All things being equal, I think this second idea is better. It starts small, but it tries to in the end recreate what the KPLU newsroom had provided to the region in a more sustainable way. Being on the air is important, but it isn't the only game.

Also, the battle with PLU over KPLU is all but lost. It is time to move on and find another solution. We are really losing more newsrooms and reporters in Puget Sound than we should. But, our efforts should be put into creating the new thing that trying to save the last thing.
Posted by Emmett at 12/04/2015 01:08:00 PM