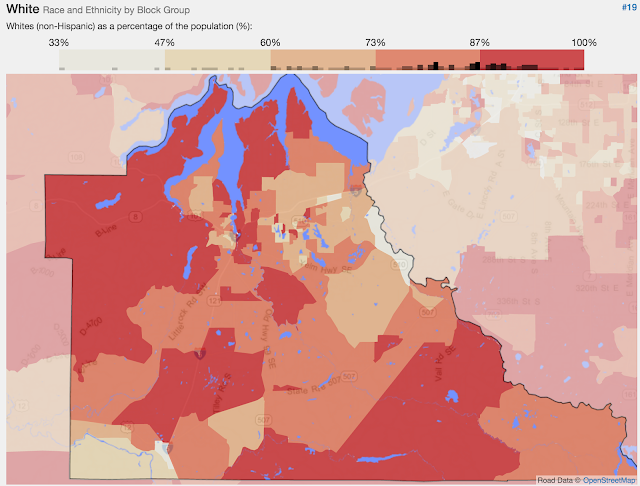 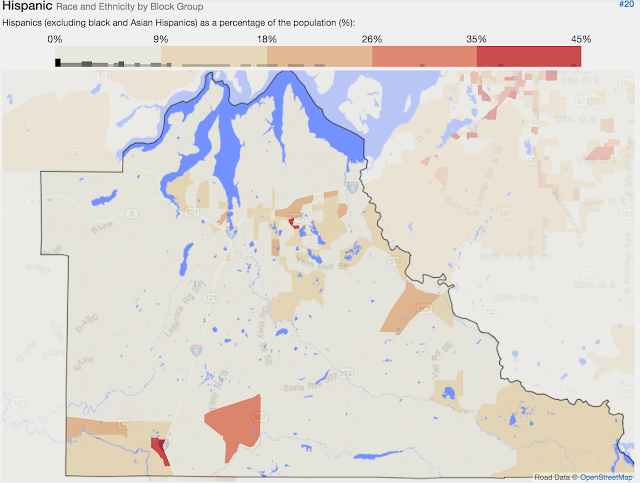 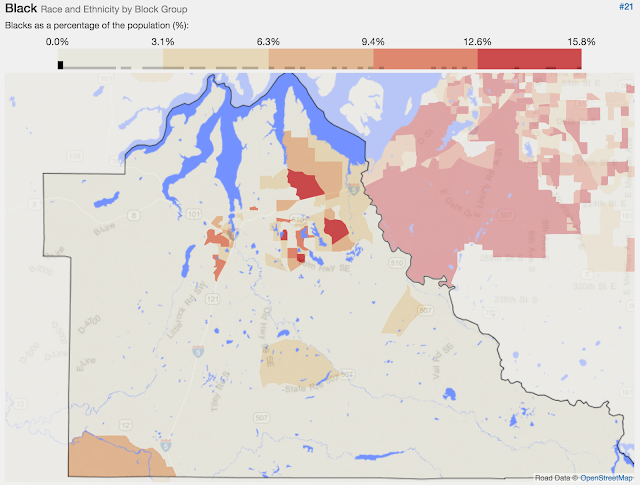 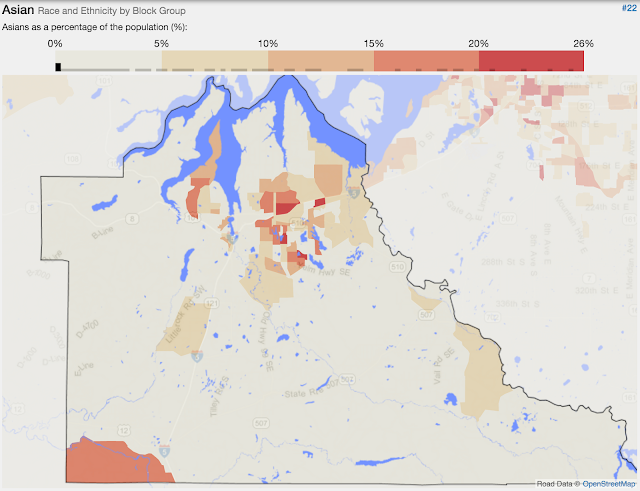 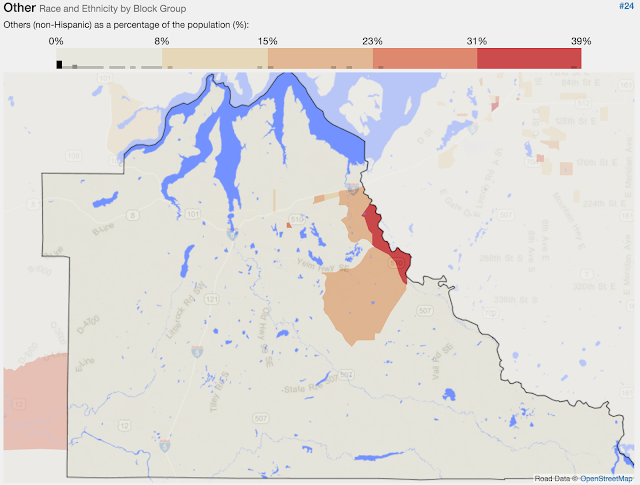 These are fascinating maps. I was fairly surprised by how white this particular tract was in downtown Olympia. Well, not totally surprised. I suppose it does back up what I would've assumed had I thought about it for a few minutes. But almost 95 percent white was a surprising number.
Posted by Emmett at 2/28/2016 10:16:00 AM