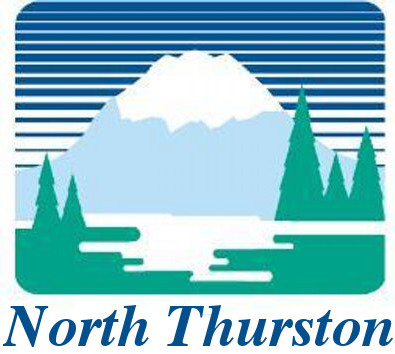 The history goes that if not for another community down on the Columbia River, Lacey would be called Woodland, which was the original name Lacey-folks put down on an application for a post office.

This was decades before Lacey actually became a city, but post office names usually reflected some sort of area identity.

But, the application came back as rejected because the other Woodland had gotten there first. So, Lacey (after a developer O.C. Lacey) replaced Woodland.

The problem is that no one even remembers who Lacey was:

Called Chester Lacey in one newspaper article, this shadowy person was usually identified in newspapers and legal records of the time as O. C. Lacey. Contrary to some later historical accounts, he was never called O.C de Lacy or de Lacey. In the early 1890s, the enterprising individual worked variously as an Olympia-based real estate speculator, lawyer, and Justice of the Peace. Apparently hard hit by the economic depression of the later 1890s, he cut ties to the area and left for first Seattle, then Spokane, and finally parts unknown.

But why was Lacey proposed as the name for the post office in the second application to the federal government? This is a real mystery since the reason for the choice remains unknown. Surviving records do not indicate any particularly strong ties between O.C. Lacey and the people seeking a post office.

And, if anyone would know anything about Lacey, Drew Crooks would know.

Lacey didn't have deep roots here. And, other than lending his name to a post office that grew into a civic identity, he didn't leave a mark.

Not true that he didn't leave a mark. He left a destitute wife behind, who had to rely on the charity of Olympia for her sustenance after he left town. He was a horrible person who mistreated his wife, who divorced him on the grounds of cruelty, and then failed to pay alimony. She died a pauper & her coffin was paid for by her friends in Olympia. He was not well liked, and the newspapers didn't have much good to say about him.