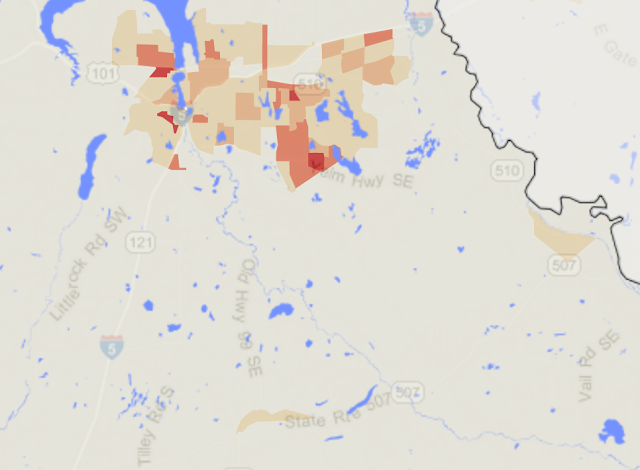 One of the frequent criticisms of the Thurston County Commission is that usually the people who serve on commission come from where most people in the county live, one of the three major cities.

The criticism goes, being city residents, though, they aren't necessarily impacted by the policy decisions they make for residents in unincorporated areas. We'll just ignore the fact that unincorporated rural landowner and incorporated landowners pay the exact same rate to the county in taxes for the the rest of this post.

That way, the rural Thurston City government would take over nearly every local government function like planning, policing, and garbage pickup.

Thurston County would still exist, but would be stripped down to the things that really only counties can provide, like courts, elections, that sort of thing.

Their is a history of large rural area of a county declaring themselves free from the tyranny of local county government by becoming a city. In 1990 Bainbridge Island became its own city when the pre-existing city of Winslow swallowed up the rest of the island.

The article I linked to shows some of the issues that the islanders had to face to with being their own bosses (increased population growth, growing pains of ramping up services and just paying for government), but it would be interesting to see rural residents stand on their own.

Massachusetts abolished county government recently. Sine the entire state was incorporated, municipal governments could do everything. Maybe could disband all of Thurston County gov't if 'the rest' of the county incorporated.