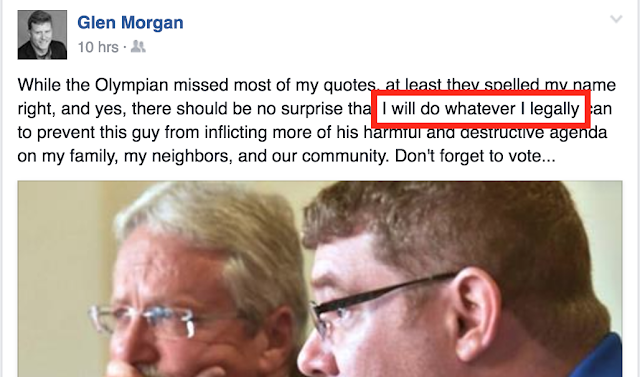 So, there. Clear as mud. Each time the legislature tries to make it unlawful to lie, then the courts kick it back and the legislature tries again. If we were to take a broader view in our historical circle, we're at the point where we wait for a case attempting to enforce this law makes it back to the Supreme Court.
Posted by Emmett at 10/23/2016 06:17:00 PM 1 comment: 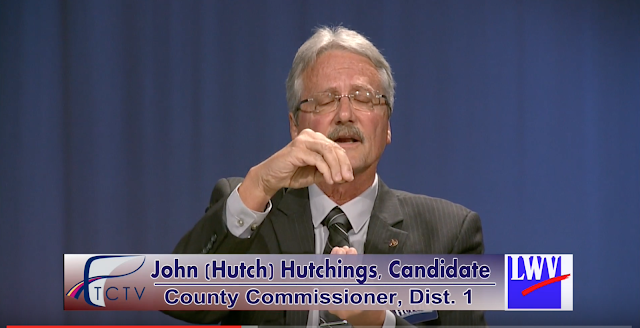 By this point in time, Hutchings or any candidate for county commission, should have their facts straight. Especially about such a hot topic (of which, there are many).
Posted by Emmett at 10/15/2016 07:53:00 AM 2 comments: 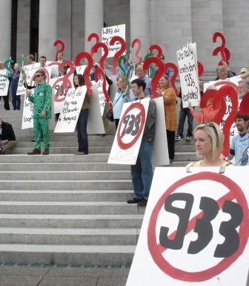 So, what Edwards is describing is really an extreme, and already rejected, idea for how Thurston County should protect communities and natural resources. Giving landowners free reign by holding the county hostage anytime they disagree is a terrible idea.
Posted by Emmett at 10/10/2016 08:02:00 PM 1 comment: