The academic background of why you should hold a ballot party

On the most recent edition of the Olympia Standard (the local politics podcast I host with Dani Madrone) we introduce our ballot party challenge. Basically we want to get as many people interested in local politics to invite their non-political friends to a house party where everyone fills out their ballots.

On the surface, this is meant to be a fun, social way to get people civically involved. But there is a real world, political science backing to this challenge. I am convinced that ballot parties, especially in vote by mail states, can be the most effective tool to boosting local election turnout.

In Thurston County, turnout for local elections is depressingly and not-uncommonly low. In the last primary in August, Thurston County turnout was only just over 22 percent. That's bad.

In the past sixty years or so turnout in local elections has been decreasing nationwide. At least one paper I found attributes this trend to the influence of television on the local information system. In short, television has been forcing out local radio and newspapers from the attention span of media consumers. While television is good at covering national news and providing entertainment, it is horrible at doing what local radio and newspapers used to do, provide meaningful local coverage.

I'd also lump in the contraction of newspapers overall and the consolidation of radio ownership as well. Outside the influence of television, radio and newspapers aren't doing the same work they used to.

But this doesn't mean that informed people don't exist. You may know some folks that know a lot about local politics. I mean, I write a blog and co-host a podcast. It is just a matter of getting those people together with folks who may not know much and therefore won't vote.

Study #2 You'll vote if you know your friends are voting

Or, if there is social pressure to vote, you'll vote. In one of the largest studies on voting, researchers in 2008 figured out that when voters realized that there was social shame to not voting, it had an impact. They theorized that the decline in voting had a lot to do with how our political culture has changed since the 19th century:


From an historical vantage point, one could argue that the sharp declines in turnout rates that occurred in the United States after the 1880s reflect social forces, such as rapid population growth and mobility, coupled with institutional changes, such as the introduction of secret balloting and rules requiring that party officials remain a long distance away from where ballots are cast, that diminished both the surveillance of voters and their sense that their voting behavior was being monitored. Concomitant changes, such as the decline of party machines, membership organizations, and party aligned newspapers that openly excoriated nonvoters, also may have contributed to the erosion of social pressure.

Heap on top of these trends the addition of vote by mail. While it made vote by mail much easier to vote than schlepping down to the Church of Christ, it also took away the last social aspect of voting we had.

More than direct mail, more than calling people on the phone. It was free food, music and family fun that drives up voting.


Researchers partnered with local community groups and Working Assets, a phone company that funds political campaigns, to organize and advertise Election Day festivals. In the week leading up to the elections, they advertised the festivals through local newspapers, fliers, posters, lawn signs, and pre-recorded phone calls. All festivals were open to the public, family friendly, and featured music and free food. The festivals occurred under large tents near polling places. While advertisements described the events as election festivals, attendance was not contingent on voting.

Based on these findings, researchers found that the festivals were a relatively cost-effective way of increasing voter turnout. The festivals increased turnout by 960 voters in total. Organizing and advertising for the festivals cost a total of US $26,630 (in 2006 dollars). This implies that the program spent approximately US $28 on each additional person who voted. If the baseline voter turnout had been 50 percent, the results suggest that 2,339 additional people would have voted and the per-voter cost of the program would be US $11. In comparison, research finds that direct mail campaigns increase voting by US $60 per additional voter and door-to-door campaigns cost roughly US$20 per additional voter.

While if you google "how to throw a ballot party," you don't come up with very much, WEC Protects put together a timely one pager on everything you'd ever need to think of. But in my experience, ballot parties are pretty simple. You need to:

a) Do all the things you'd do to bring your friend together and have fun. This may include beer. Or pizza. Or music.  Or meet at a bar. Or whatever. I'm not your social director.

b) Make sure everyone brings their ballot. It's like the price of admission.

c) Bring Pens. You. The organizer, bring pens. It's like your one job. People will need them.

e) Everyone fills out their ballot.

I wish there was a non-profit in town, or this was a regular aspect of campaign or party organizing. But it is not, at least yet. I'm hoping we get there.

For this round of voting, Dani and I are throwing down the challenge. Get your parties going and make sure your friends are all voting. But in the future for a vote by mail place like Olympia, I hope going to a ballot party becomes a regular staple of voting season.
Posted by Emmett at 10/20/2017 06:55:00 AM No comments: 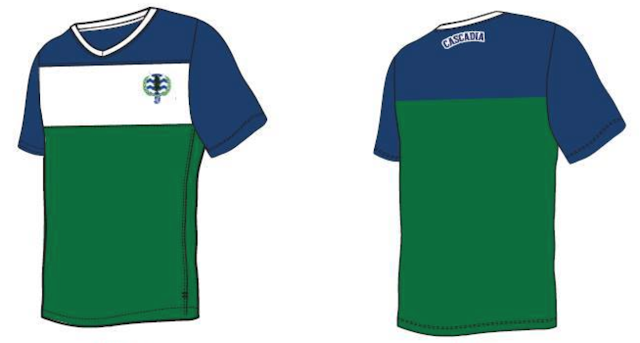