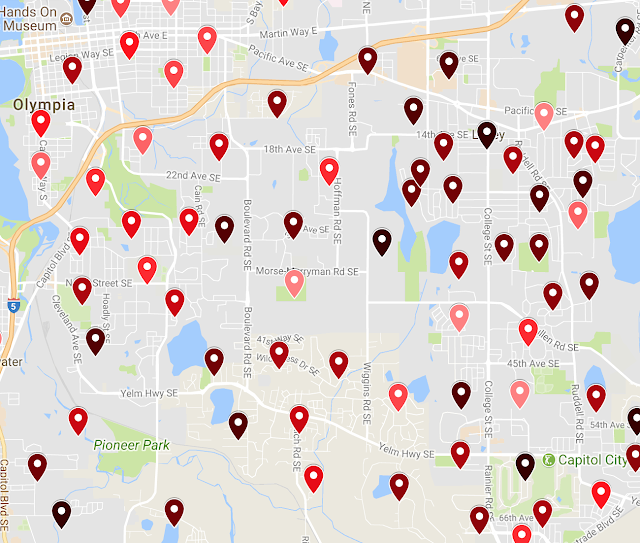 During the recent episode of The Olympia Standard, I made a quick assessment of why McClure didn't match McGregor, but I'm not totally sure I was right. I said that her penchant to equate port protestors with terrorists probably didn't play very well in the suburbs. I think this is still true and I'm also sure that Zita's incumbency had some play in results too. But I'm expanding my thinking. I'll let you know when I get back anything interesting.
Posted by Emmett at 11/14/2017 02:48:00 PM