A map of Lacey that you can't unsee

Take a close look at this map: 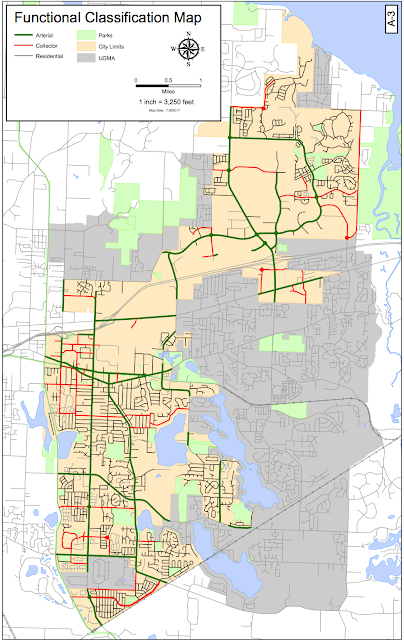 What do you see?

This map is from a page buried deep in the city of Lacey's 2017 State of the Streets report. I took a look at the report originally because I was looking for data on pedestrian accidents. Which, by the way, are collected by the federal government, but are also very hard to work with.

Anyway, I found this map and had an immediate head-smack moment. What I saw totally blew me away.

Can you see it yet? 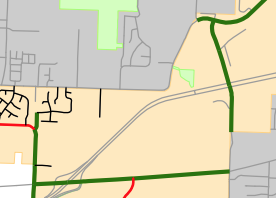 I zoomed into the area around where Martin Way crosses underneath I-5 between College and Carpenter Roads. City-owned roads on this map are black (residential), green (arterial) or red (collector). The gray roads are not city-owned.

According to this map, Lacey is essentially two cities.

In the Southwest corner of the map, you have the (mostly) original core of Lacey that existed near when the city became a city in the 1960s. This area is a collection of neighborhoods and commercial strips south of Interstate 5. This was essentially the bleeding edge of suburban development from Olympia that wanted to be on its own.

The Northeast Corner of the map is is everything that was annexed into the city beginning in 1985. This is generally what we call today Hawks Prairie. It was historically Hawks Prairie too, of course.

But, these two parts of Lacey are not connected by Lacey owned roads.  The two roads that would connect Lacey together, Carpenter or 15th Ave SE/Draham, are owned and maintained by the county.

This makes total sense to me now, because the entire "loop around the north to annex around the older Tanglewild neighborhood" always seemed so blatant. So it made sense that you could easily drive from one part of Lacey to the other without traveling on city roads.  Just go down Martin Way.

I remember many years ago, Lacey got an award from the AAA for "No pedestrian fatalities in seven years." I comments: "Not surprising...Lacey has not had a pedestrian for twelve years.

Kidding aside: About 15 years ago, Dan Burden, the pied piper of walkability, was hired by Lacey to run a multi-day charette to "help find a downtown for Lacey." We took him on a bicycle tour of "old Lacey" between St. Martin's and Yelm Highway. In 2 hours of cycling, we saw three pedestrians; every one of them was connected by a leash to a dog.

At one point we detoured along Pacific to Lilly to cross the freeway (the trail bridge had not yet been built.) In the few blocks we rode in Olympia (Pacific, Lilly, and Martin Way) we saw more pedestrians than in 2 hours of cycling in Lacey.

Would you consider not calling them “accidents,” Emmett? There’s nothing accidental about bad street design and/or irresponsible driving that result in people getting hurt. “Collisions” removes the “aw shucks sorry I killed that person while driving it was just an accident” implication.