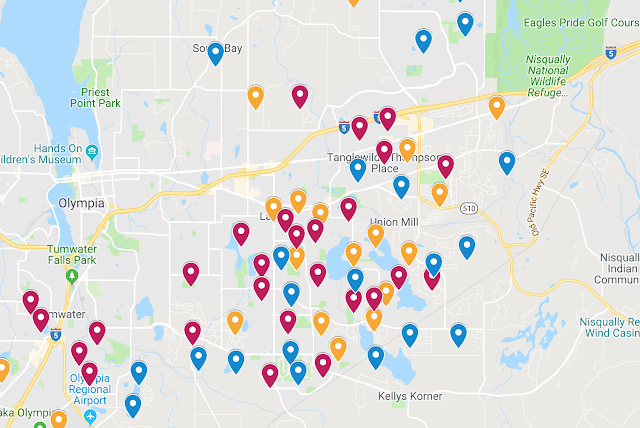 Something I started noticing the last few months is how the geography of Independent and Democratic crossover voters seemed to follow a certain logic.

For example, if you took the precincts in Thurston County that voted for both Hilary Franz for lands commissioner and Gary Edwards for county commissioner, they seemed to generally fall into the geography that I've described as a general suburban belt between downtown Olympia and the rural south county.

Now for a second, I want to remind you how weird it is that there are places that voted for a guy who literally does not believe in land use regulation and also Hilary Franz.

In the same way that these neighborhoods combined their votes to support a liberal statewide candidate and an independent conservative candidate in 2016, a lot of the same places combined to support both conservative Independent Bud Blake and Democrat Maria Cantwell this year. But, they weren't the same places. And because these crossover precincts shifted, Bud Blake wasn't able to pull out a victory.

Just looking at the raw numbers, Bud Blake did worse. There were 21 precincts that voted for the Independent/Democratic combination in both years and 42 that only went for Edwards and Franz in 2016. Blake was only able to pick up 34 Maria Cantwell precincts to replace those Edwards/Franz districts he lost.


So, while it seems there is a lot of flipping (neighboring precincts going one way in 2016 and another in 2018) when you get down into the blue precincts that Bud Blake won alongside Maria Cantwell this fall, they have a slightly more rural flavor than Gary Edwards' exclusive crossovers in 2016. While it could mean that Democratic voters were more enthusiastic this year, making places that had been Independent/Republican in 2016 Independent/Democratic this year, I don't think that happened.

I think the action was more on the Democratic side of the commissioner race. And, while it seems close geographically, I think Bud's Democratic opponent Tye Mesner moved the battle lines ever slow slightly further out towards the rural part of the county. While only being a few blocks here and there, by moving the crossover precincts that Bud Blake was able to win further away from the center of the county, he gained more votes in liberal precincts.

And yes, I know its been almost a month since election day and I'm usually much better about getting these maps out. I apologize.

In recent episodes of the Olympia Standard and OlyTalks, I talk about a few of these maps. Both these episodes are worth a listen if you want to hear me break these down. Or, if you have a question, just drop me a line.

We used to tear down houses to build more houses. Until we didn't


The most telling passage for me in this incredibly bad attempted takedown of sensible housing proposals in Olympia was this:


If you live in one of the older, near-town Olympia neighborhoods, big changes are looming for your neighborhood.

The way Jay Elder presents this is if to imply that this threat to older homes near the center of a city is new. That developers are just now getting around to licking their chops on older homes, after having developed all the old farms and ranches outside town.

But in fact this is the opposite of what has always happened in Olympia. It has only been in the last few decades that "older, near town Olympia neighborhoods" have been protected from development pressures. I've written about the history of downzoning in Olympia. This is the process of taking what used to be areas zoned for higher density and putting it into a lower density. These processes in the late 70s through the 90s specifically protected near-town Olympia neighborhoods.

What happened after these downzones was that new housing was placed in areas that didn't already have housing, such as old farms and ranches and forests. We protected older neighborhoods, we sprawled.

But, it hasn't always been this way. It used to be in Olympia that as our city grew, we traded lower density, single family blocks for higher density blocks. This process has been going on for so long that some of these higher density blocks are now considered historic themselves.

The Weidner Auto Court on the north end of downtown is a great example of this process. The then hotel was built in 1929 on the site of a handful of single family homes. You can see these homes in an overlay of the 1924 Sanborn map: 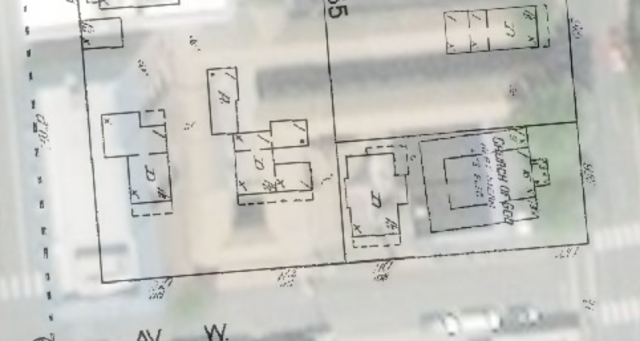 One of the houses that we lost to what is now an apartment building belonged to Louis Ouellette. I can't find a picture of that particular house, but the man himself seemed pretty impressive. He was the surveyor general for the county and he founded the Puget Sound and Chehalis Railway. Not no one but also not someone whose house was saved when it was time to change.

I cant't even find a photo of the Ouellette house online anywhere. When people think of old tragedies, houses and places we've lost (like the myth of I-5 destroying downtown Tumwater), I don't hear people pining for the Oullette house. And now we look at the the auto court building itself as something historic that needs to be preserved.

My favorite example is the Columbia Manor Apartments one block over. In this overlay of that block you see a much larger home on the site of the 1939 apartments: 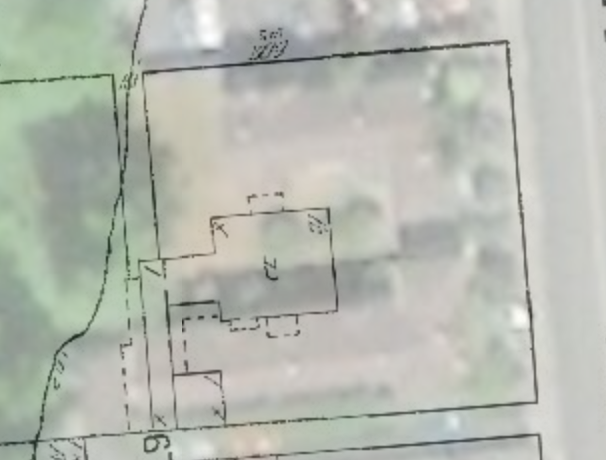 This was the Gowley house, which at at moment in history, was a historic home. It was an unofficial governor's mansion, Gowley himself was an important statewide leader, his wife was a "Mercer girl" and he died oversees where he was serving as the consul general to Japan.

It was also an impressive looking house. From the Washington State Historical Society: 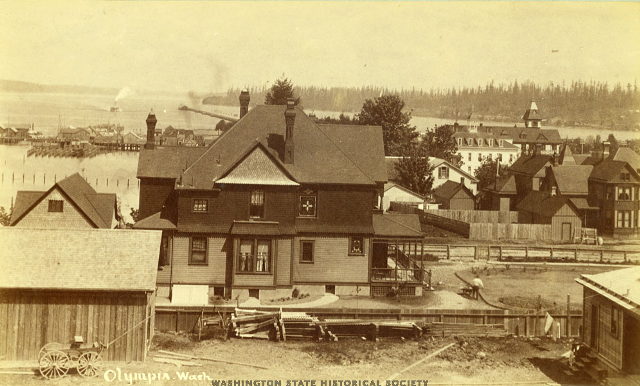 Any of those things would have qualified it to be saved today. But, in 1939 the house was gone (no one really knows the circumstances of its razing) and now we have 10 apartments for 10 families when once we had one house for one (wealthy) family.

When we freeze neighborhoods in time, when we throw around words like "established" to prevent opportunities for more housing for more families, we don't allow our city to move forward. It is also deliberate ignorance of how our city has always developed. Nearby, lower density neighborhoods used to always get more dense.

We already know that "tear-downs" are happening in Olympia and Thurston County. But instead of being replaced by higher density developments in the past, we're replacing older, more affordable single family homes with newer, more expensive, single family homes:

The single largest category of tear-downs in this analysis (which also includes Lacey and Tumwater) were single family homes replaced by newer single family homes. Older homes are going to get rebuilt by someone, someday. We might as well follow the traditional way of allowing older, closer in neighborhoods to become more dense.
Posted by Emmett at 11/03/2018 11:39:00 AM 1 comment: