Who was Karen Frazier?

Because the name of a street in Southeast Olympia resembles the name of a longtime local politician, I've always wondered who the Karen Frazier (not Fraser) of the street actually was. Who had been well-known or important enough in Olympia decades ago to name a dog-legged street after?

Well, it turns out, no one at all. Karen Frazier never existed.

What the name signifies is the overlapping plans of how housing developments used to be planned and then abandoned. One of the vital steps before building a neighborhood is to subdivide a larger property, plan where the streets are going to go and then name them. This plan is called the plat and is submitted to the local government. 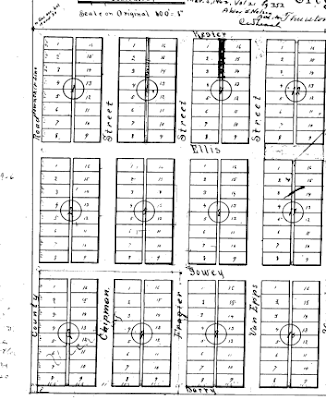 You can barely see the current day Olympia on this map. The current Boulevard Road is identified as "County Road." on the far left-hand side. Also, in addition to (Karen) Frazier, the current Van Epps, Humphrey, and Allen streets were also platted. The rest of the plat was never built and is lost to time.

Van Epps, Frazier, Ellis were all names of Olympia in those days. So, in this case, Frazier likely refers to either Andrew, Katherin or Washington P. Frazier.


There is a series of small notations you can find if you look up the Squires plat here, that the county commission officially abandoned this plat in the 1960s.

So, where did the "Karen" come from? Sixty years after Squires plat was laid out, Kenneth and Allegra Boone laid out "Boone's Addition," overlaying some of the old Squires plat. 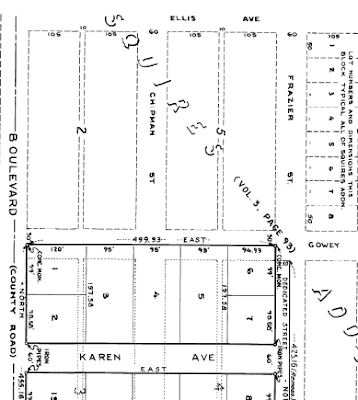 In constructing the plat, they joined Karen Avenue with Frazier Street. Eventually, either through an official act or just recognition of common use, the name of both shifted to Karen Frazier Road Southeast.

Hi Emmett... I'm working on a real estate clock hour class and am using Squires Add as one example of old plats. While researching I stumbled onto your post. I love these histories! Thanks for the Karen Frazier tidbits! Nice post, and thanks! It was a fun read.