We have to face Slade Gorton's legacy, not bury it 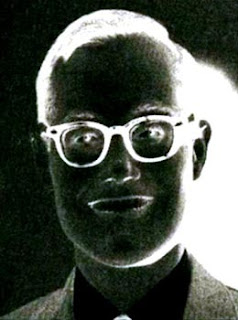 The evil that Slade Gorton did lives after him.
In the weeks following his death, I think it is a good time to relitigate the legacy of Slade Gorton. It isn't only about damning the man himself and whether he has a "racist bone in his body." It is also about how we as a region understand our own fairly recent history. It is also about how we will continue to understand racism in the Pacific Northwest. If we can let Slade Gorton off the hook, we can continue to let ourselves off the hook.
The Boldt Decision is the big case that everyone points to when we talk about Slade Gorton, Indian Fighter. I spent nearly 20 years working at the Northwest Indian Fisheries Commission blinking at the public retelling of Slade's time as Attorney General. I didn't get into it then, but I was also part of a team on which picking a fight with an elder statesmen was a particularly bad strategic move.
There also was not a lot of love in that world, if any at all, for Gorton. He was pretty hated and I don't think I need to explain that.
1. Not Boldt, but around Boldt.
I am not going to relitigate Boldt, that is for much smarter people than me. And in the end, Gorton lost that case. His office and the institution of the state itself (different independent offices) spent years fighting federal court orders. But again, in the end, he and his fellow travelers lost. After the Supreme Court finally weighed in in 1979, the state and the tribes set up a system of co-management that stood Gorton's understanding of tribal sovereignty on its head.
Let's backtrack a little though. Let's talk about the time between the Boldt Decision and the decision in Washington State Commercial Passenger Fishing Vessel Association. This second case is where the Supreme Court finally put its stamp of approval on the Boldt Decision. But why isn't it called "U.S. v. Washington" (which is the official name of the case in which Judge Boldt decided)?
Because when the two agencies that managed fisheries in Washington wrote rules to implement Boldt, they were sued by fishing organizations (like the Passenger Fishing Vessel Association). They argued that allowing tribes to catch 50 percent of the salmon violated the equal protection clause in the state constitution.
I don't want to get into the legal arguments here. I'm going to give you a huge spoiler: The Supremacy Clause. It's a thing.
But, while Passenger Vessel was winding its way first through Thurston County Superior Court, up to the state Supreme Court and eventually on the U.S. Supreme Court's docket, a lot of shit was going on.
I think the 9th Circuit's decision in Passenger Vessel (as quoted by the Supreme Court) says it best:

The state's extraordinary machinations in resisting the [1974] decree have forced the district court to take over a large share of the management of the state's fishery in order to enforce its decrees. Except for some desegregation cases ..., the district court has faced the most concerted official and private efforts to frustrate a decree of a federal court witnessed in this century. The challenged orders in this appeal must be reviewed by this court in the context of events forced by litigants who offered the court no reasonable choice."

"Except for some desegregation cases..."

That should ring in your ears.

That was in 1979. For decades, federal courts had been hearing segregation cases and forcing local school boards and states to impliment Brown vs. Board of Education. In one line, the federal courts compared Slade Gorton to segregationist John Ben Sheppard.

In the South, this local and state defience meant that President Eisenhower would send the 101st Airborn into Arkansas to open the schoolhouse doors. In Washington, we would need to have the U.S. Coast Guard and the Federal Marshals acting as game wardens.

It wasn't the arguing of the orignal case that dooms Gorton. Granted treaty fishing rights was probably new territory back then and deserved an honest fight in court. But the disengenous route to Supreme Court, plus the stoking of violence and disent is what tells you what kind of Attorney General he was.

In the mid-1970s as federal marshals and the Coast Guard attempted to implement court decrees, non-tribal fisherman rammed their boats and physically blockaded their work. Tear gas was fired at non-treaty fishing boats. At one point a gillnetter was shot when he tried to ram an enforcment boat.

At the end of the day, these fishing groups had an ally in the state's top attorney, who took their arguments about federal supremacy and treaty rights to the Supreme Court and lost.

2. Oliphant, the nut of Gorton's arguments and the downstream impacts

Outside of Boldt, there has not been a lot of (if really any) discussion of Gorton's record regarding treaty rights and tribal sovereignty. I've seen brief references that Gorton argued in front of the Supreme Court fourteen times (fourteen times!), but little discussion of what he actually did with his time.

Fun fact, of the fourteen cases that Gorton argued in front of the Supreme Court, five were cases against tribes. One of those cases was Oliphant vs. Suquamish Indian Tribe. This case has become a classic in Indian law because of how it limited tribes' ability to enforce criminal law on their reservations. The basic crux of the case is that Oliphant was arrested by Suquamish cops. He appealed, not because he was innocent of whatever he did, but because he claimed the tribe could not enforce criminal codes against non-tribal members.

And of course, in the same way Gorton inserted the state Attorney General of Washington State into Passenger Vessel on behalf of non-tribal fisherman, he interserted the office into this case. His office was not a party to the case, but he had a chance to limit tribal sovereignty, so he took it.

And, while this argument is present in other Gorton tribal arguments, I want to point it out here. In Oliphant, Gorton argued:

At that point, the United States' claim to the sovereignty over the Washington area was total, absolute and complete.

This is the smoking gun.

In Gortons' legal mind, the tribes in fact do not exist. Tribal sovereignty as a thing itself does not exist. His arguments in front of the Supreme Court were a forearm crashing of all the place settings off the table. All of this we are arguing about is totally pointless because, at the end of the day, it was the sovereignty of the United States that is "total, absolute and complete." He thought he was arguing with non-entities.

Even though Gorton won in Oliphant, tribes continued to exist as governments. They continued to have the ability to prosecute their own members, and despite efforts in his legislative career, grew in capacity. But Oliphant hung around the neck of the tribal legal system and had real-world impacts on tribal members.

In 2011, the Bureau of Justice Statistics reported:

And these cases were not being prosecuted on the federal level, the default jurisdiction for non-tribal members in Indian Country.

We've recently begun pulling back on the strings of Oliphant. In 2013, Congress passed an update of the Violence Against Women Act which specifically gave tribal courts jurisdiction over non-tribal defendants in domestic violence cases.

When we talk about Gorton's legacy, the unbearably high rate of Native women that are beaten and raped by their partners is as worthy of discussion as to when he "saved baseball."

3. Not a racist bone in his body

At the end of the day, I don't care if it really was true whether Gorton held racist anger in his heart. The question is whether he supported racists in his actions as Attorney General and (more importantly for us today) whether he put together an institutionally racist system.

The former is obviously true in the role he took as Attorney General during the lead up to Passenger Vessel. He had the opportunity for years, but especially during the at-sea riots in 1976, to pull the state back and negotiate a settlement. He had a choice to insert himself and the state of Washington into a Supremacy Clause fight alongside non-tribal fishermen and he decided to fight a losing battle. We waited for years until we began to set up the co-management system.

The former is even more true with his arguments in Oliphant and the impacts it had for decades. Gorton argued as an instrument of the state that tribal sovereignty doesn't exist.

He had a choice to insert himself and the state of Washinton into a case whether someone like me can punch a tribal police officer in the face, and he won that case. The downstream impacts of that case meant that thousands of sexual violence victims that are also tribal members never received justice.

That is a racist system that Slade Gorton built.