Democratic appointees April Sims and Brady Piñero Walkinshaw and Republican appointees Paul Graves and Jo Fain have taken different approaches to moving borders in Thurston County and around Olympia. In this post I'll take a look at the legislative and congressional proposals, taking a zoomed in look at what they could mean for our community

The need for all of these legislative maps is to shrink the 22nd District, it is about 7,000 people too large by its current boarders. Alternatively, the districts that the 22nd traditionally borders (the 35th and 20th) are both underpopulated by a few thousand. Each of the proposed maps approaches this task in different ways. 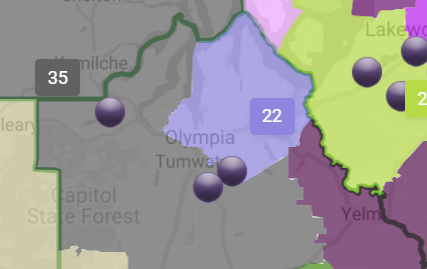 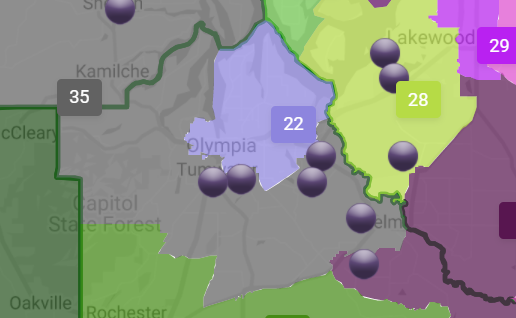 Both of these move various rural districts into different combinations of southern Thurston County and let the 35th district in Mason County take up more of mid-suburban Thurston County and Cooper Point. The 22nd District is going to become more compact, and its interesting that most of the mapmakers are taking off the west side and leaving urban Lacey largely inside the district.

In addition to Lacey/Olympia balance, taking the Cooper Point peninsula out of the 22nd would leave Evergreen State College out of the 22nd for the first time in history.

This includes the College precinct, which is the most dependably Democratic district in the county. While one precinct hardly a legislative district makes, it is interesting to see it on the other side of the line.

Sims' map for the 22nd is the most outlandish, in my opinion: 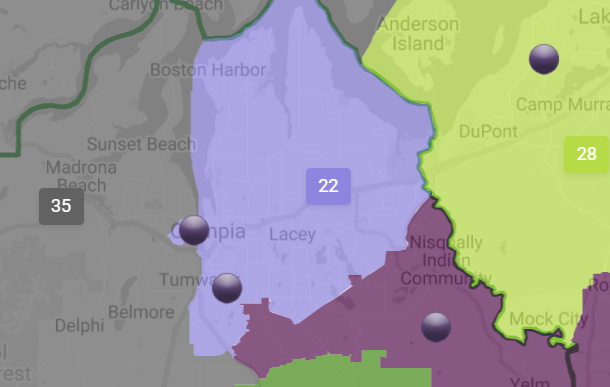 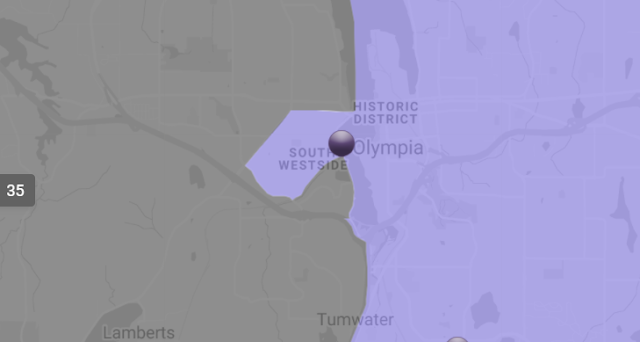 The map takes away so much of the Westside that is literally splits the City of Olympia in two! There isn't a lot I can really say about this map other than to say that I don't think that's a great idea.

Compared to that, Fain's map isn't very fun at all. Of all four, it maintains the current 22nd district the most: 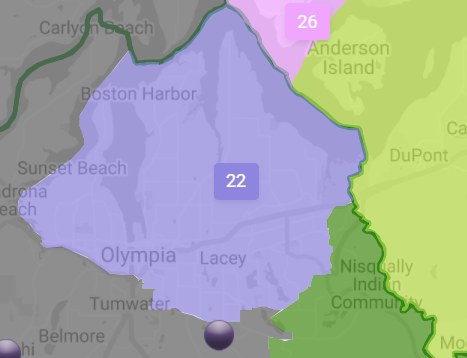 Nothing much to see here.

Speaking of nothing much to see here, and moving on to the Congressional District maps, here is Sims' proposal for the 10th in Thurston County: 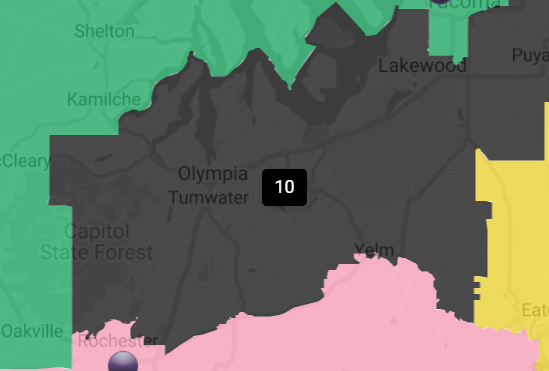 This is a fairly status quo map, which pretty much keeps the congressional district lines in Thurston County the same while carving Mason County out of the 10th, making it a strictly Thurston/Pierce county district. Like the 22nd, the 10th is also slightly overpopulated and needs to shrink to maintain proportionality.

Walkinshaw's map for the 10th is downright fascinating: 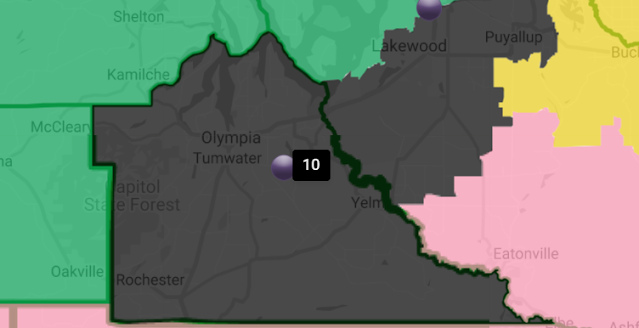 I mean, that's simple.
It is the same as Sims' in that the 10th becomes a Pierce/Thurston district, but it takes in *all* of Thurston County. I have to admit, I like how simplistic that becomes.
Graves' proposal for Thurston County is by far the most radical: 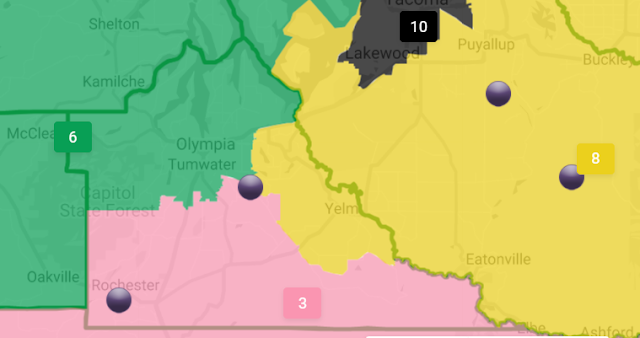 It would remove the 10th congressional district from Thurston County altogether and move it into Pierce and King counties. Then, Thurston County would be carved up between three more competitive districts. Oddly, while this 6th district would stretch from Olympia out and around the Olympic Peninsula, including the entire Kitsap Peninsula, it would still be a fairly safe Democratic district. This surprises me, but that's according to commissioner Graves.
Fain's congressional map is a split between Sims' and Graves' in how it treats Thurston County. 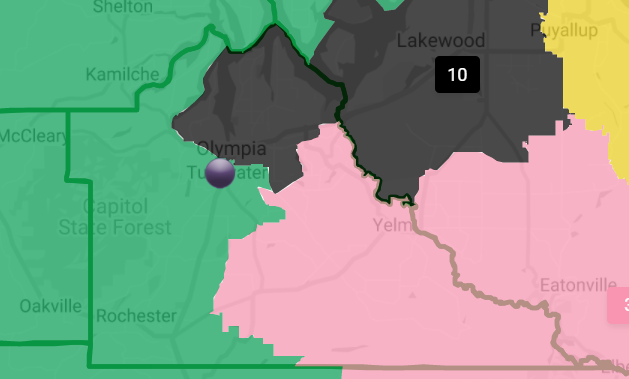 The 10th still makes it all the way south to Olympia, but the 6th and the 8th still split up the rest of the county.
Most fascinating about the Republican maps is how they treat the SE portion of Lacey. Both map separate Lacey proper with at least a portion of the Lacey UGA from the city.
Graves: 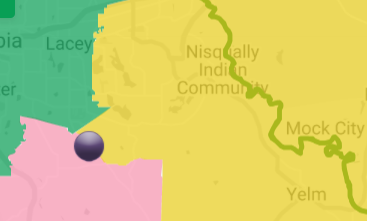 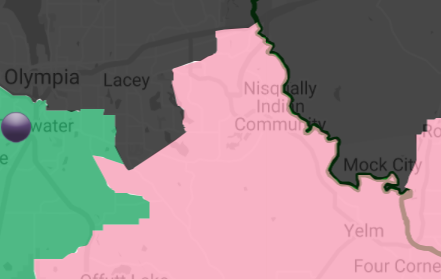 What I can say about this technique is that it is a small example in our county for Republican mapmakers to stretch rural districts as far into suburban precincts, without breaking up Lacey.
Posted by Emmett at 9/29/2021 09:43:00 PM