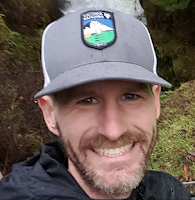 This blog is about Olympia. And, I suppose places around Olympia, but mostly Olympia. A few years ago the blog had a level of snark and local politicking that I've grown out of. That's not to say this kind of discourse isn't important or that snark is all that bad, I just don't have it in me.

Today, I suppose I'd say you're reading a slower version of Olympia Time today. I describe this transition here, but it gets a few details wrong (no zine anymore).

In addition to this blog, my other local project is a podcast called The Olympia Standard. We talk about local politics in a civil manner. It's super awesome. I host it with the unmeasurably talented Dani Madrone. So, okay, the first person who tells Dani that I called her unmeasurably talented will get a free beer from me. As of January 2018, that beer has been left unclaimed. So much for people reading "about" pages.

Edit (April 18, 2018): That beer is now claimed, by Dani Madrone! Because she googles her name! For shame blog readers! I ALREADY OWE HER A BEER FROM THIS VERY WEEK. I'm going to go ahead and be sneaky and add a new beer challenge. Since the next paragraph is about how you can support local media (like supporting me), the next person who shows me some sort of evidence about how they support local media (screenshot of a receipt or something like that. But don't just buy a copy of the Olympian, do something substantial like get a subscription to the Olympian or support OPR on Patreon), I will buy them a beer.

Beer claimed, fall 2018. I I'll think up something new soon.

If you feel like the type of person that supports local media, you can support me here.

I've also chipped-in on a few larger blog projects. I was a founder over at Western Democrat, a front-page blogger at Washblog and a docent at Olyblog for a time.

Currently, I also contribute some history pieces from time to time at Thurston Talk.